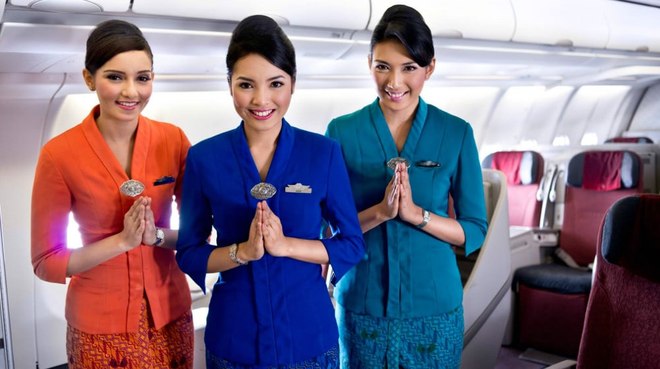 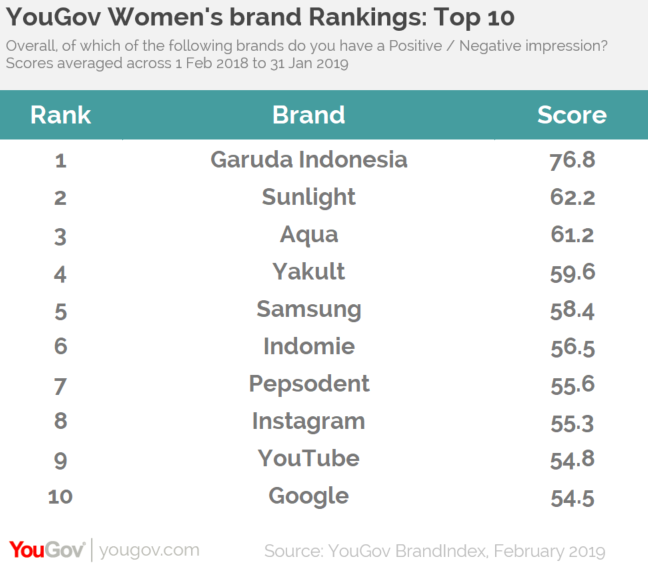 YouGov’s women’s rankings looks at the brands that have left the most positive impression on women. While national carrier Garuda Indonesia holds the top spot once again, with a score of 76.8, the list is otherwise dominated by household brands.

Dish-washing soap Sunlight comes in second (62.2), bottled water Aqua in third (61.2), probiotic beverage Yakult in fourth (59.6), popular instant noodle Indomie in sixth (56.5) and toothpaste Pepsodent in seventh (55.6). With the exception of Pepsodent, the remaining household brands are all new contenders to the top ten. 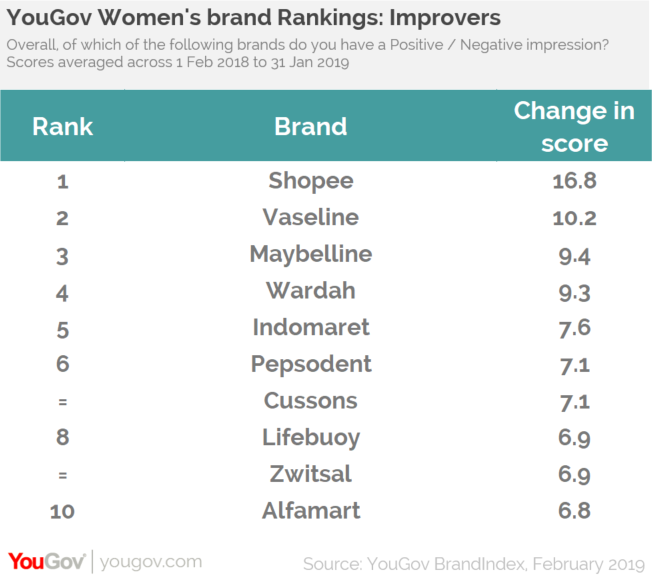 The rankings also reveal which brands have seen the biggest increase in impression among women over the past year. E-commerce site Shopee comes top with an increase of +16.8 points. Personal care brands Vaseline (up +10.2 points) and Maybelline (up +9.4) are in in the second and third place respectively.

Ervin Ha, Head of Data Products at YouGov APAC said: “It’s interesting to see so many new contenders in this year’s top ten, particularly so many household brands. When you compare this to the rest of the list, made of tech brands, you can draw a dichotomy between the variety of female consumers. It’s clear that these industries however, have dominated in leaving a positive impression on at least half of the Indonesian population.”