by
Kim Ho
in
Economy & work

Garuda Indonesia is the brand that Indonesians would be proudest to work for, new rankings from YouGov BrandIndex reveal.

The analysis looks at which brands people would be proud or embarrassed to work for. Garuda Indonesia tops the list with a score of 73.3, with tech giants Google (59.8) and Samsung (56.6) taking second and third place respectively. 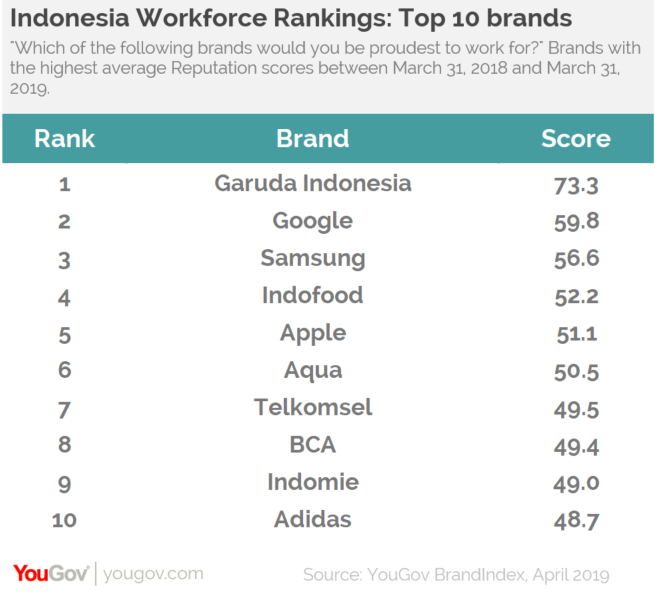 The list is completed by technology company Apple in fifth (51.1), mineral water brand Aqua in sixth (50.5), and athletics retailer Adidas in tenth (48.7).

The rankings also reveal the brands that have seen the biggest increase in their scores over the past 12 months. E-commerce platform Shopee heads the list with a score increase of +15.0, followed by local bank Bank Rakyat Indonesia in second (up +7.0 points), and e-tailer Bukalapak in third (up +6.4). 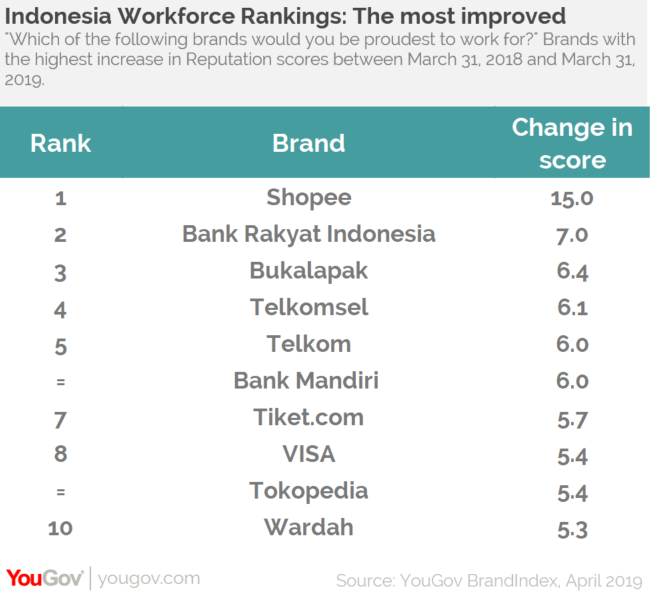 Ervin Ha, Head of Data Products at YouGov APAC said: “There is a clear sense of local pride amongst Indonesians – half of the top ten brands people want to work for are home-grown. This can be seen with national carrier Garuda Indonesia taking first position for the second year in a row. Holding the reputation as top employer is a good indication of positive brand health.”