by
Kim Ho
in
Lifestyle

One in seven have had mental health issues

Latest YouGov research finds that over a quarter (27%) of Indonesians have experienced suicidal thoughts.

The main barrier to getting professional help is being unsure of where to get help (46%), followed closely cost (45%). Other reasons include embarrassment or social stigma (33%) and concerns about time commitment (25%). 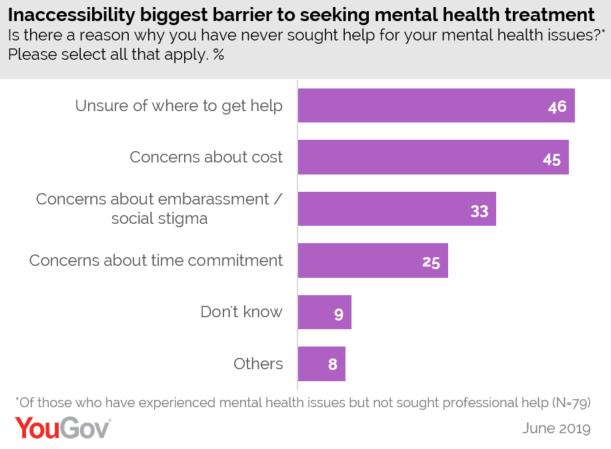 Jake Gammon, Head of Omnibus APAC at YouGov Omnibus commented: “Many people with mental health issues suffer in silence, as seen by the significant amount of people who choose not to seek help. An alarming number of Indonesians experience damaging behaviour like suicidal thoughts and self-harm, particularly prevalent among young adults. We hope this survey sheds light on the topic of mental health, and how it affects people differently.”

***Results based on 1,018 Indonesians surveyed by YouGov Omnibu