by
Kim Ho
in
Automotive & transport

Honda (Motorcycles) tops YouGov’s 2021 Automotive Rankings for Indonesia with an Index score of +46.0, making it the automotive brand with the best overall brand health according to Indonesians.

The rankings are compiled using YouGov BrandIndex Index score, a measure of overall brand health calculated by taking the average of Impression, Quality, Value, Satisfaction, Recommend and Reputation scores. The rankings are measured from 1 February 2020 to 31 January 2021. 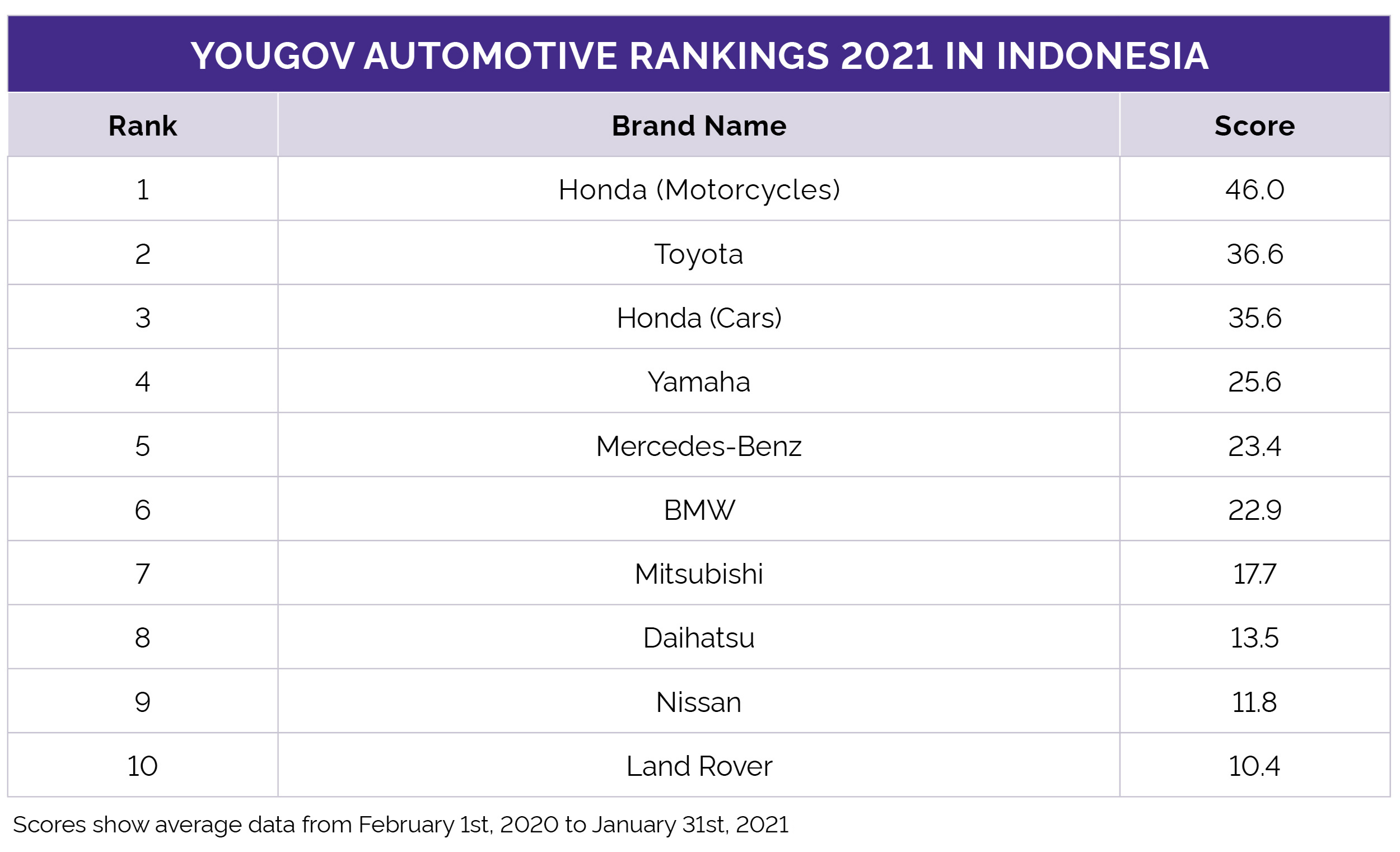 Honda (Motorcycles) tops the charts in every metric bar one, particularly when it comes to Satisfaction with a score of +44.0, making it 22.7 points ahead of Toyota, the brand with next highest score in this metric (+21.3). This means that Honda (Motorcycles) customers are the most likely to be satisfied with their vehicles, compared to the rest of its consumers. The one metric however that Honda (Motorcycles) falls behind on is Reputation (which measures the corporate reputation of a brand by asking which brands consumers would be proud of working for). It comes in fifth (+32.4) in that metric, beaten out by Mercedes-Benz (+42.3), BMW (+39.0), Honda Cars (+35.7) and Toyota (+34.3).

Mitsubishi places seventh with a score of +17.7. Daihatsu comes in eighth (+13.5) overall, but fare well in the Satisfaction metric coming in fifth (+5.5).